All About Apple Snails 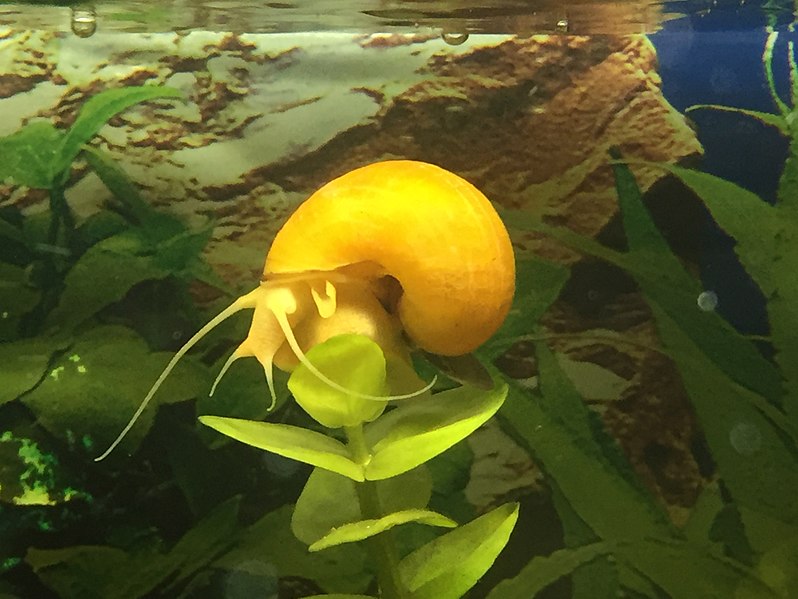 Have you seen an apple snail? These freshwater living things are typical aquarium pets because of their attractive appearance — the shape of the shell is impressive, and they come in various colors. These animals that belong to the family ”Ampullariidae” can easily go along with other species of snails.

They are amphibious — can both survive on land and in water. Typically, you’ll find them in lakes, ponds, and other wetlands. They can stay in dry areas, but not for too long. They need to get back to the water to keep wet. Interestingly, some people call them “mystery snails.”

They are very docile aquarium inhabitants. Keeping them with peaceful fishes, such as neon tetra, guppies, mollies, otocinclus, etc., won’t give you any worry that there’s aggressiveness to take place.

How Apple Snail Gain Its Name

The reason people call it apple snail is not that it is eating an apple, but this type of snail grow as big as an apple. According to snail experts, the biggest, so far, has reached 15 cm in diameter. That is 5.9 inches — super huge, right? Pretty sure, a kid won’t be able to hold it using one hand.

On a side note, due to their enormous size, they’re considered as the largest, freshwater snails that are still living on the planet.

What Pet Owners Feed Them

Though they slowly move, they love munching all the time. Keeping them is so easy breezy. They can almost eat anything that you usually feed with your other aquariums pets. You can provide them with these:

Are They Invasive Animals?

Yes, these crawling creatures can become invasive when their population is not controlled accordingly. Most farmers are getting rid of them in rice fields. But, according to scientists, the species that can harm plants belong to “Pomacea canaliculata.” They have an aggressive feeding style and fast growth rate. They can compete with other living things when there are restricted resources.

On a different note, the typical big snails that you can find in pet stores are “Pomacea bridgesii” and “Pomacea diffusa.”

How These Lovely Snails Reproduce

When the climate gets warmer, these snails become active, and their reproduction rate increases. The female needs the male snail in order to have her eggs get fertilized.  When the right time comes, the female lays eggs above the waterline. The eggs will stay there between 10 days and 4 weeks before they hatch.  They have to be moist, but not too wet. That’s why you frequently see them 4 to 5 inches above the water surface.

Moreover, the female snail can lay eggs every 4 to 7 days.  If you’re lucky to have both male and female snails, someday you’ll see some clutches of eggs sticking on the wall of your aquarium. Unlike octopus, the apple-like snails don’t die after laying eggs. These snails can live up to 3 years.
(Click the play button to see video)

For aquarium enthusiasts, keeping apple snails bring enjoyment to their kids.  But, please, do not release them in the wild, most especially in the rice field.